Fears in Many Countries, what does that mean for us?

Recently, the IMF warned that an International Housing Bubble was forming. Looking at Price-Rent ratios, some of the highest priced countries relative to rent were Canada, New Zealand, Norway and Belgium. The United States is fairing relatively better, largely since our gains were simply getting back some of the ground lost subsequent to the popping of our housing bubble. Some metros are noteworthy however. San Francisco has been on a tear, with massive increases in prices. While not at its 2006 peak. According to a Trulia price-rent tool found at http://www.trulia.com/vis/rentvsbuy-winter-2014/, unless a family plans to reside in San Francisco for 7 or more years, it is largely balanced between renting or buying. However, if intrest rates rise by 100 basis points, a different story emerges. 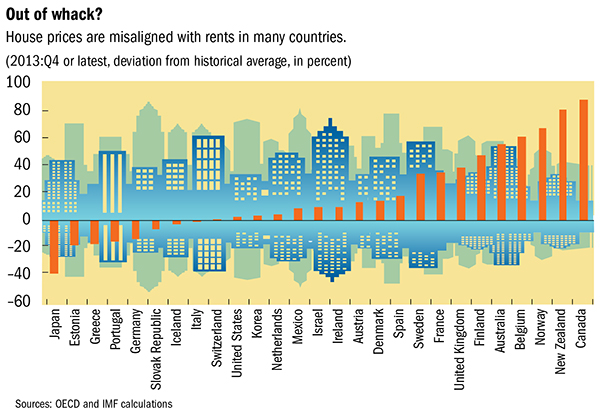 In Las Vegas, for those that intend to reside in their home for several years, the balance tends to be in favor of buying. This is not often the case in Luxury housing, but it is considered a luxury good for a reason. Additionally, Luxury homes did not decline with the intense velocity that cheaper homes did.